Upscale Image Up to 800% with Vance AI

People have been creating fan art of their favorite video game characters for many years now. But what happens when you want to create fan art but aren’t particularly good at drawing or sketching video game characters? Well, the next best thing would be to use a tool that makes it look like you sketched the characters yourself. Admittedly, that might feel a bit like cheating, however, the tool we have in mind can also help you practice your drawing. After all, it’s much easier to try and copy a sketch than to create an original and complex drawing.

The tool that shall come in is Vance AI Sketch Converter, a piece of software powered by artificial intelligence that lets you transform any image into a pencil sketch. Or at least something that looks identical to a human-made pencil sketch. The deep learning algorithms that power the Sketch Converter were trained using thousands of pictures of real-life human faces, so the tool works particularly well when trying to convert real portrait images.

But can the tool handle something a bit different like images of popular video game characters? There’s only one way to find out.

Mario is easily one of the most popular video game characters of all time. The character first appeared in 1981’s Donkey Kong before moving on to star in his own series of games shortly after. The lovable Italian plumber was featured in dozens of different titles since and remains Nintendo’s primary mascot to this day. There was even a Super Mario Bros. movie released back in 1993 but it’s probably best to avoid it because it’s pretty bad. Fun fact: Mario’s creator Shigeru Miyamoto confirmed in 2015 that the character’s full name is Mario Mario. 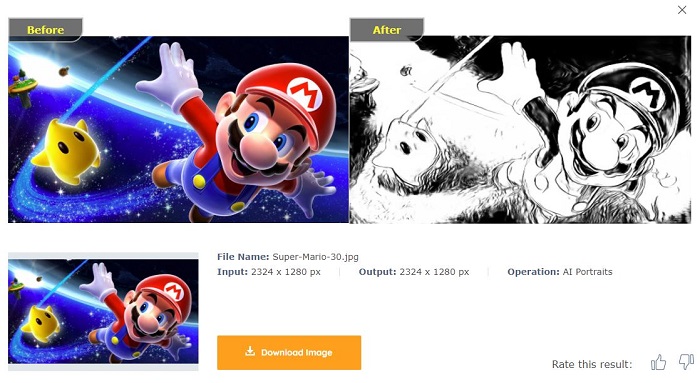 The Super Mario pencil sketch turned out great so we figured we should next try to convert Mario’s long-time rival, Sonic the Hedgehog. While not as popular as he used to be, Sonic is still one of the most well-known video game characters out there. Unlike the Super Mario Bros. movie, 2020’s Sonic the Hedgehog was fairly well-received by critics and fans alike, which is pretty rare for a video game movie. As far as the actual game version is concerned, Sonic had a lot of ups and downs over the years but the character seems to be making a bit of a comeback in recent times. 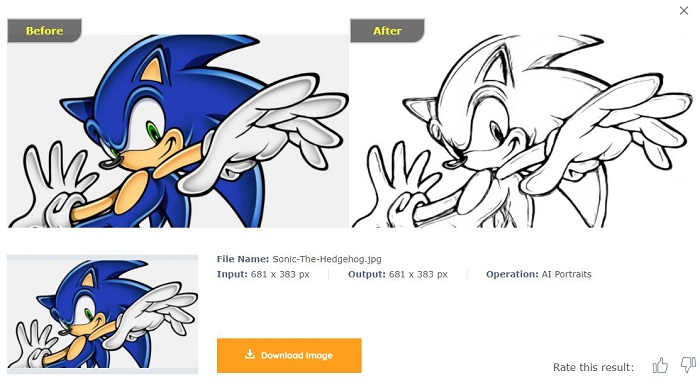 Next up we’re converting photo to sketch arguably the most popular female character of all time. We’re talking of course about the Tomb Raider herself, Lara Croft. While it would have been funny to convert an image of the classic pixelated Lara Croft, I think we can all agree that the modern version of the character looks much better. In particular, the version we got in Shadow of the Tomb Raider. Lara Croft received not one but three different movies, the most recent of which came out in 2018. Unfortunately, none of the movies are particularly good but at least the video games are still great. 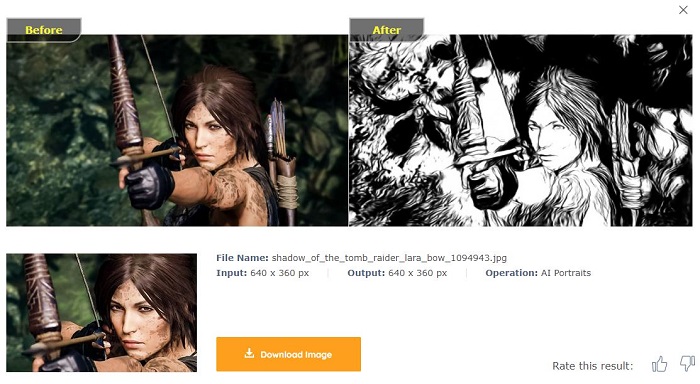 The main protagonist of the Legend of Zelda series has been around for a very long time, having made his initial debut way back in 1986. Just like Mario, Link was created by the one and only Shingeru Miyamoto and can rightly be considered even more popular than the Italian plumber among certain groups of gamers. Link’s most recent appearance was in 2020’s Hyrule Warriors: Age of Calamity but the character truly blew up in pop culture shortly after the release of Legend of Zelda: Breath of the Wild in 2017. Link is one of those Nintendo mascots that’s always going to be relevant, even though a lot of people still think his name is Zelda. 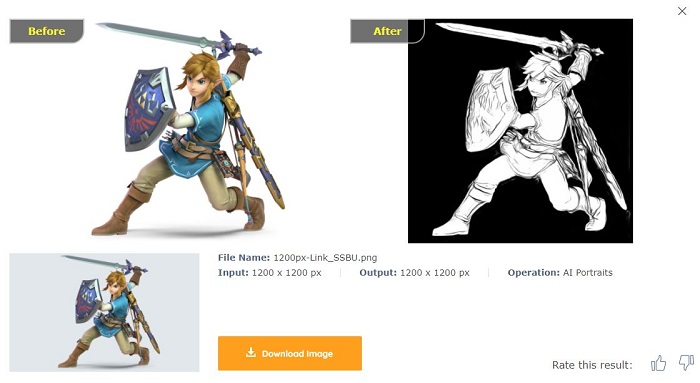 When Microsoft first joined the console race it had a difficult time coming up with a character that was as iconic as those offered by Sony or Nintendo. That quickly changed, however, with the release of Halo: Combat Evolved in 2001. The next character we attempted to convert into sketch is none other than John-117, better known as Master Chief. Everybody’s favorite Spartan has faced insurmountable odds more times than most video game characters and has managed to live through all of them. In fact, Master Chief is set to make a big return later this year with the release of the highly anticipated Halo Infinite. 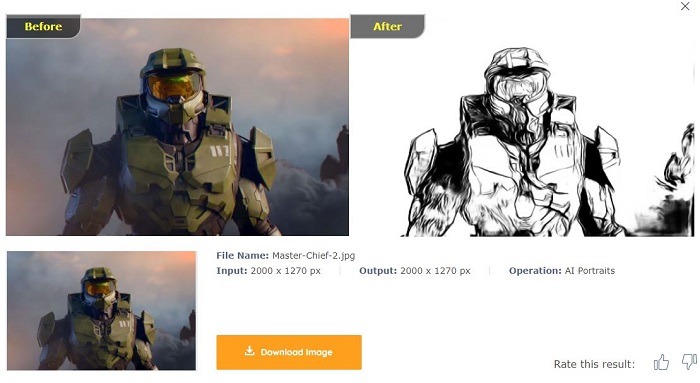 Kratos is a character that needs very little introduction at this point. After taking the mantle of God of War and defeating the entire Greek pantheon in the original tribology, Kratos found himself battling characters from Norse mythology in the new series. The character made a big comeback in 2018’s God of War and his story is expected to continue later this year. The sequel doesn’t have an official name just yet but there’s a strong possibility that it’s going to be titled God of War Ragnarok. Kratos is not only one of the most popular characters in gaming but also one of the most powerful, being capable of feats of strength that few others can match. 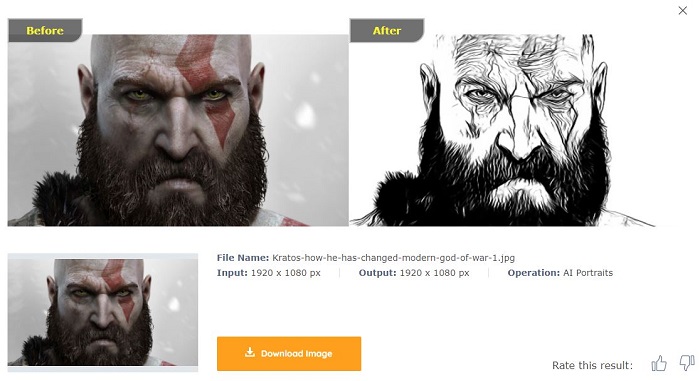 The original in-game version of Cloud Strife probably wouldn’t have looked great as a sketch but the modern one definitely does. Cloud’s first appearance dates back to 1997 when the character starred in one of the most popular video games of all time, Final Fantasy VII. Cloud made several other appearances throughout the years in various video games and an animated movie, however, his big comeback came in 2020 with the release of Final Fantasy VII Remake. While some might argue that the original game was superior in some ways, there’s no doubt that the characters look much better in the remake, especially Cloud. 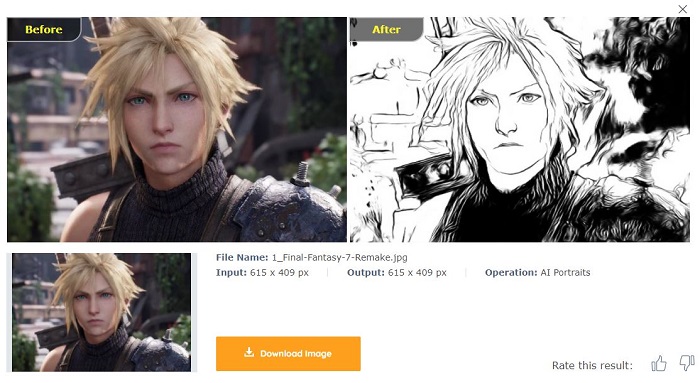 Some people may call him Doom Slayer these days, but those of us who grew up in the 90s will always know him as Doomguy. The very embodiment of a silent and strong protagonist, Doomguy underwent several transformations since his 1993 debut without straying too much from his original form. In recent times Doom developer id Software seems focused on expanding the character’s backstory, but there’s still so much about him we don’t know yet. That’s probably for the best, though, as the sense of mystery is one of the reasons Doomguy is such a great protagonist. And such a perfect video game character to turn into a pencil sketch. 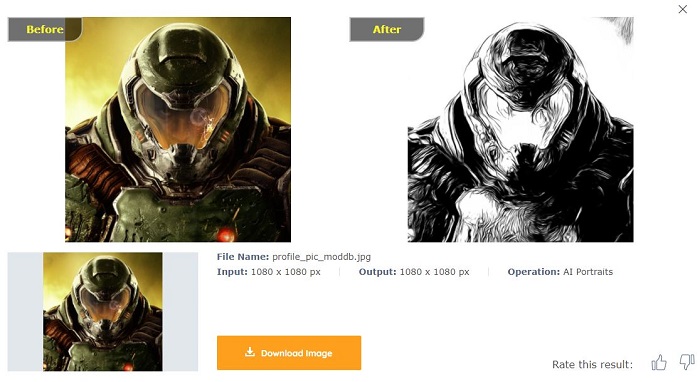 Like any good hero, Geralt of Rivia goes by many names: The White Wolf, The Butcher of Blaviken, Gwynbleidd, and more. But to us, he’ll always be just loveable Geralt. Despite first appearing in a series of books written by Polish writer Andrzej Sapkowski, Geralt became truly famous worldwide thanks to The Witcher video games developed by CD Projekt Red. More recently, Geralt also received his own TV series on Netflix where he is being portrayed masterfully by none other than Henry Cavil. The actor is known to be a massive fan of video games so it’s only fitting that he would play the live-action version of Geralt. 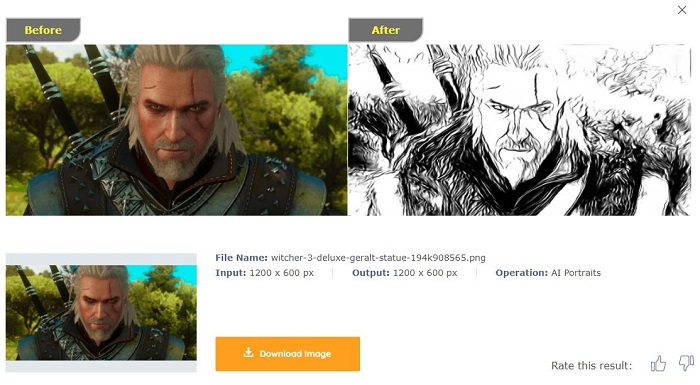 Arthas Menethil is one of the main protagonists of Warcraft 3 who would later go on to become the primary villain in arguably the best World of Warcraft expansion to date, Wrath of the Lich King. Arthas was the character’s initial name but of course, most people would come to know him by his alter-ego, the Lich King. The Warcraft universe gave us many iconic characters, including Thrall, Illidan, and Sylvanas Windrunner, but it’s safe to say that Arthas is the most popular one. And this is despite the fact that Arthas has been dead in World of Warcraft for over a decade now. That really says something about the staying power of this character. 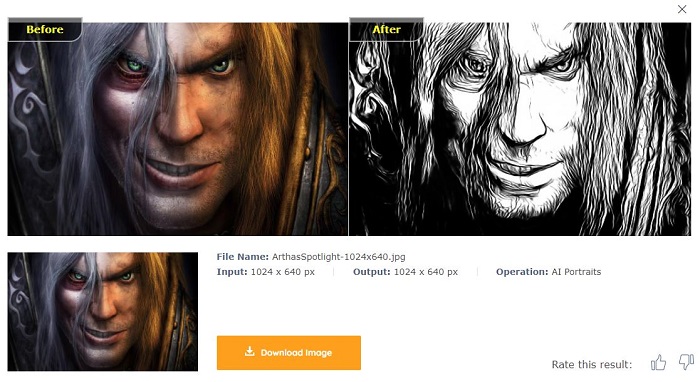 Converting video game characters to sketches is a lot of fun and can be very helpful if you’re thinking about learning how to do sketches of your own. If you want to check out the tool for yourself, make sure to visit the official Vance AI website to get started for free. While you’re there, don’t hesitate to also try some of the other amazing tools offered by Vance AI, including the image cartoonizer, black and white photo colorizer, background remover, and more.

Click to see how to increase color saturation with Vance AI Photo Retoucher.