Deepfake is one of the most interesting technologies developed over the past few years. And in some ways, it’s also one of the scariest. You may have already seen videos floating around the internet of celebrities or important political figures appearing to say controversial things that they never actually said. While these types of videos were fairly obvious to dismiss as being artificially fabricated at first, the latest generation of deepfake maker tools is starting to blur the lines between what’s real and what’s not.

As with any piece of advanced technology, deepfake can be used for nefarious purposes. However, in this particular scenario, the technology is currently being used primarily for entertainment purposes. And hopefully, it stays that way. With that in mind, in this article we’re going to cover a few excellent deepfake maker tools that will allow you to create your own videos, GIFs, and even memes. But before we delve into the tools themselves, let’s take a closer look at the deepfake technology.

How to Spot a Deepfake Video

Deepfake technology allows a person to manipulate various elements in a piece of media such as a photo or a video. The technology has numerous possible applications but it seems to be mainly used for comedic purposes at the moment in the form of face swapping. You know those YouTube videos where a baby has the face of Donald Trump? That’s deep fake technology in action.

The craziest thing is that it’s also possible to imitate the voice of the person being deeepfaked, either with the use of a synthesizer or the help of a talented voice actor. In short, the technology lets you manipulate the digital persona of someone in order to make it look and sound like somebody completely different.

As I’m sure you’ve probably guessed by now, deepfake technology is based on artificial intelligence, which means it’s only going to get better and better in the near future. The deepfake maker software currently available is already pretty impressive so imagine what people will be able to achieve with this technology in just a few years. At the moment, however, it’s actually still pretty easy to spot a deepfake video if you know what to look for. 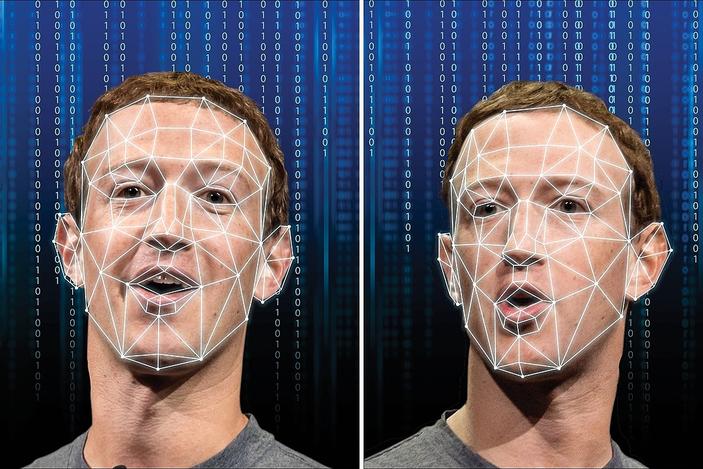 How to Spot a Deepfake Video

It’s becoming increasingly difficult to recognize deepfakes, however, a keen eye cannot be fooled by them. Here are some of the most important things to look out for when trying to spot a deepfake:

Probably the easiest way to spot a deepfake is to pay close attention to the eyes of the person. Replicating things like eye movement and blinking in a way that looks natural is very difficult. The same thing can also be said about the area around the mouth. While a lot of deepfakes have good lip-syncing, something will inevitably start to look odd sooner or later. Deepfaked people tend to have rather static - sometimes downright robotic - facial expressions and often look considerably more emotionless when compared to a regular person.

A lot of deepfake videos don’t do a great job at matching a person’s face to another person’s body. That’s why you’ll often see blurring or other strange effects in the area surrounding the face, particularly near the hairline and neck. Another thing to look out for is color. Finding a person that has the exact same skin tone as another isn’t easy and deepfake makers don’t always account for those differences. In some instances it’s remarkably simple to spot a deepfake video simply by looking for mismatching skin tones, but sometimes you do need to pay close attention. Click to check out some best alternatives to selfie2anime to automatically turn your photos into anime characters.

Deepfake technology is primarily used for manipulating video rather than audio. Because of this, you often see scenarios where person A has the face of person B but the voice is still that of person A. Since technology is usually used to deepfake famous people, it’s pretty easy to tell when something doesn’t sound right. As mentioned earlier, there are ways of replicating someone’s voice but these are far from perfect. Paying attention to things like intonation, accent or timber can help you spot a fake.

Shortly after deepfake maker software started to become popular, several companies started working on technology that can help you spot such videos. First off, popular social media platforms like Facebook and Twitter ban malicious deepfakes so you’re unlikely to find them there very often. If you suspect you’re looking at a deepfake video, you can use Google’s text-to-speech tool to help you identify the original speaker. Meanwhile, researchers at multiple noteworthy universities and agencies, including DARPA, are working as we speak on technology that automatically spots deepfakes for you. Keep an eye out for tools like that as many of them are bound to be open to the public in the near future.

Now that you know more about deepfake and how to spot it, let’s get to the fun part – how to make a deepfake video of your own. This may seem difficult due to the complexity of the technology but it’s actually not that hard with the right tools. Sure, your deepfake videos won’t be perfect and might be easy to spot if you’re using conventional tools, but the point here is to have some fun with the technology. So if that’s what you’re after, here are some good recommendations:

This is hands down the most popular free deepfake maker software available at the moment. And probably the most advanced one as well. The vast majority of the deepfake videos you see floating around the internet are created using this very same software. The good news is that DeepFaceLab is available for download on Windows entirely for free. There is no premium version or any sort of restrictions as this is open-source software.

The bad news is that DeepFaceLab is far from being user-friendly. There is no easy to use a 1-click installer so you’ll have to download the files from GitHub and figure things out from there. There are of course plenty of tutorials online that can help you get started but you should still expect a pretty steep learning curve. If you do manage to wrap your head around it, however, this free deepfake maker will allow you to make extremely realistic-looking videos. If your computer hardware is up for the task, that is.

Zao is an extremely powerful and free deepfake maker app available on iPhone, Android, Windows Phone, and even Blackberry devices according to its developers. The app became a huge sensation in China back in 2019 and has continued to rise in popularity ever since. Unlike DeepFaceLab or other similar software, Zao is extremely easy to use, allowing anyone to swap their face with that of their favorite celebrity in just a few seconds. Zao has tons of clips to play around with and even features an audio component that lets you modulate voices.

The only real drawback of Zao at the moment is that the app is currently only available in China. If you don’t mind jumping through a couple of hoops, you can download and use Zao even if you’re located in a different country. Your mileage may vary, however. The AI that powers Zao was trained exclusively on the faces of Chinese people, so the results may look a bit off if you’re not Chinese. But given the massive success, Zao had in its home country, it’s probably only a matter of time until the developers come up with a western version. There are already a couple of Zao copycats out there but there’s no word just yet regarding an official version. 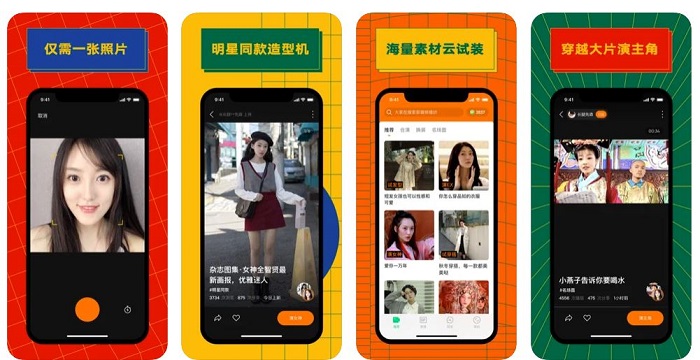 If you’re familiar with DeepFaceLab you already know what to expect here since FaceSwap works on a similar principle. This software is also open-source and needs to be downloaded from GitHub, but has better support as it works on Linux and MacOS in addition to Windows. For the most part, FaceSwap has the same pros and cons as DeepFaceLab. The software is very powerful but not exactly easy to use. Luckily, FaceSwap has very good community support so finding helpful tutorials shouldn’t be a problem. In addition, you can use the official forums if you need extra help.

Given that FaceSwap is considered an advanced deepfake maker, its main purpose is to help users learn how this type of technology works. If you’re looking to quickly make your own deepfake videos, you’re better off using Zao or one of the other user-friendly apps. If you’re more interested in training yourself to be an expert at making realistic deepfakes, on the other hand, FaceSwap is definitely the way to go. Just keep in mind that FaceSwap is very resource-intensive so it won’t work on any old PC. Make sure you have a somewhat decent GPU before you attempt to use the software.

The most powerful deepfake maker tools need to be installed locally and require a lot of resources but luckily there are some alternatives that are gentler on your system. Shortly after the DeepFake craze started, a number of web-based tools started to pop up everywhere and while they weren’t very efficient at first, some of them are certainly impressive now. Here are a couple of the best deepfake maker online tools around:

We’re not quite sure if Faceswap Web has any connection to the aforementioned FaceSwap app but it does seem to get the job done just as well. Only in this case, everything happens online. The tool is more user-friendly than typical deepfake maker software but there is a bit of a learning curve you’ll have to surpass. You’ll need to sign up for an account before you can start using the tool and you’ll also need to upload your own videos, which may take some time depending on their quality and your internet connection.

Typically the entire process of creating a deepfake video takes anywhere between 30 minutes and 4 hours on the site. The quality of the output can vary depending on a number of factors but you can increase your chances of success by uploading high-quality videos. Also worth noting is that the tool isn’t free. The price is $2 per hour and given that creating a video takes several hours, things can get a bit expensive. But the results are generally well worth it, though. 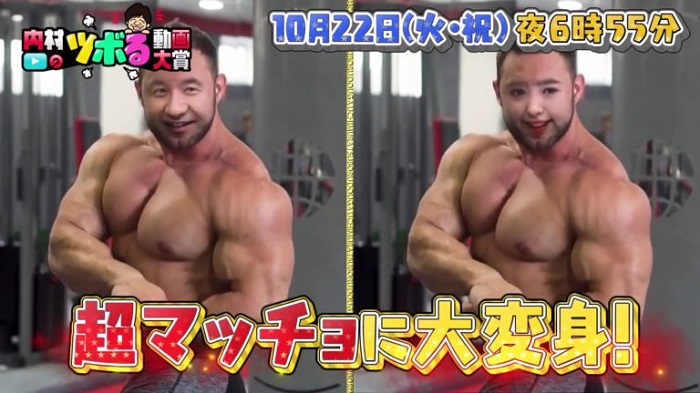 If you find Faceswap Web to be a bit too expensive for your taste we recommend checking out MachineTube instead. The website has a few drawbacks compared to our first pick but you can use it entirely for free on any compatible browser. Once again, you’ll need to create an account in order to use the tool, as well as upload your own videos and images. There are some pre-made templates but not as many as we would have liked.

While Faceswap Web uses cloud-based computing to power its deep learning algorithms, MachineTube uses your PC’s resources, just like the tools we talked about in the first section, but doesn’t eat up quite as many of them. Another difference is that the web site does much of the heavy lifting for you by providing an intuitive interface and resources that you don’t have to find and download yourself. 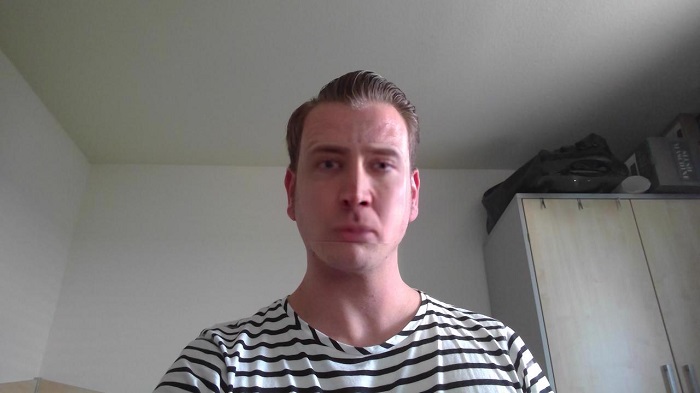 Deepfake maker tools are all the rage these days and it’s easy to see why. What started out as a novelty is quickly becoming one of the most interesting technologies of the 21st century. We hope this article has helped you learn more about it, but don’t forget that the best way to learn is to experience these tools yourself. Start making your own deepfakes and have fun! Click to know more details about How to Enlarge YouTube Thumbnail Without Being Blurry.